Cara Shonamon was born in Austin, Texas to Chuck and Carla Sunberg and at the age of 2 moved to Moscow, Russia where her family served as missionaries for the next 13 years.

Cara graduated from Olivet Nazarene University with degrees in History, Political Science, and Religious Studies. The summer following graduation Cara and her husband, Justin, were married and moved to Kansas City for her to attend Nazarene Theological Seminary.

Cara’s husband, Justin is a middle school science teacher and coach who has a passion for food and fitness. Together they have three children: Mackenzie (4), Alice (2), and newborn son Halston!  They also have two fun and lovable dogs named Sally and Harry. They enjoy playing sports together and spending time together as a family.

Chuck Sunberg has served as a District Superintendent on the East Ohio District, Pastor, educator and missionary. Chuck and his wife, Carla, were pioneer missionaries for the Church of the Nazarene to the former Soviet Union. They lived in Moscow for 13 years, where Chuck served as Field Director for the CIS Field.  At the time of their departure there were churches on four districts in five countries. Chuck served as District Superintendent on the Russia North District, and was also a member of the Eurasia Regional Advisory Council.

On return to the United States Chuck served as Senior Pastor at Grace Point Church of the Nazarene in Fort Wayne, Indiana.
‍
Chuck has taught classes for pastors throughout Europe and Central Asia. Chuck is a graduate of Olivet Nazarene University and has an M.Div. from Nazarene Theological Seminary. In May 2012 Olivet honored Chuck with the Doctorate of Divinity.
Chuck has served the church in a number of capacities including trustee to European Nazarene College, Olivet Nazarene University, Mount Vernon Nazarene University, and Nazarene Theological Seminary.
‍
Prior to their move to Russia, Chuck served as Senior Pastor at Austin First Church of the Nazarene, in Austin, Texas. During his tenure, George Barna featured Austin First as a “Turn Around Church.”
‍
The Sunbergs have two adult daughters who are both married and 4 grandchildren. Chuck’s passion is holiness and a desire for all of us to draw closer to the Lord! With God all things are possible.


Miguel was born and raised near Guadalajara, Mexico. He has lived in America since 1990 and in 2017 was thrilled to receive his US citizenship! In September of 1994 in Dawny, California Christ found and rescued Miguel from the chains of alcohol, drugs and other sins! Since then Miguel faithfully seeks the Lord, never departing from His presence! In 2007 Miguel accepted God’s call to ministry and was installed as Shawnee Church’s first pastor to our Hispanic-speaking congregation. He was ordained in the Church of the Nazarene in 2010, and is currently continuing his theological studies.Pastor Miguel’s passion is to engage with lost people, bring them to know Christ, and lead them into a life of discipleship. Miguel led the Spanish-speaking congregation to begin a new ministry in serving meals and presenting the gospel to the homeless. The Hispanic ministry has also been a place to develop leaders in presenting the gospel and discipleship.Miguel’s wife Pilar has been an instrumental part of Miguel’s ministry. Married for 40 years, they have 3 children and 3 grandchildren

Amberlee Brinkman was born and raised in the Springfield, MO area. She moved to Kansas City in 2012 to attend MidAmerica Nazarene University. She graduated from MNU in 2016 with a liberal arts degree in Youth and Family Ministry and began her Masters of Divinity program through Nazarene Theological Seminary. She is currently in the program.

Amberlee has served in multiple capacities since arriving at SCN in 2012 and is currently our Associate Youth and Family Pastor.

Amberlee and her husband Derek love hanging out with the teens, spending time outdoors exploring Kansas City's parks, finding new local restaurants to try, and playing with their two pups Logan and Lucy.

Associate Pastor of Children and Families

Emily Reyes grew up in rural northeast Missouri on a farm. She was homeschooled, as is evidenced by her dance skills, and moved to Kansas City in 2013 to begin her undergrad at MidAmerica Nazarene University. In 2017 she left MNU with a degree in Intercultural Studies and English, a newly accepted call to pastoral ministry, and a husband named Cristian.

Emily began her Masters of Divinity at Nazarene Theological Seminary in 2018, and she loves school more than most people deem natural. Her husband, Cristian, is also attending NTS and frequently makes fun of Emily in class for her zealousness in study. (But Emily thinks he’s probably just jealous.)

Emily and Cristian have two crazy puppies, Luray and Maggie, and Emily loves to go on runs and share popcorn with them. Emily also loves children’s literature, traveling on trains, yard sales, baking cookies, and cereal of all kinds. She’s so excited about all the God is doing at Shawnee and would love to talk with you about it (preferably over coffee).

Cristian Reyes was born in Guatemala and moved to the U.S. when he was 8 years old. He was raised in Carthage Missouri and moved to Olathe in 2014 to attend MidAmerica Nazarene University. He graduated from MNU in 2018 with a Bachelors of Arts degree in Ministry. Cristian has served in various ministry positions in the Kansas City area as an intern and on staff before coming to Shawnee. He worked at the Global Ministry Center serving in the multicultural literature department and as a coordinator for interpretation and translation. He has also served as the Hispanic Worship Pastor at Central Church of the Nazarene in Lenexa.
‍
In 2017 Cristian married the love of his life, Emily Phillips (now Reyes). They live in Kansas City Missouri with their two dogs: Luray and Maggie. Cristian enjoys going on long walks with Emily and their two dogs, making music, shooting videos, enjoying good coffee, and getting lost in a good tv show.

Jeff Gray was born in St. Louis, MO and raised in a suburb south of Cleveland, OH. His parents were dedicated laypersons and he grew up being very active in service within his local church.

Jeff’s wife, Dani is a labor and delivery nurse. They have 4 children: Joel (14), Halle (12), Kerrigan (7) and Savannah (7) and a dog, Winston. As a family, the Gray’s enjoy music, the beach, travel & camping, and trying out new restaurants.

Pastor of Missions and Outreach

Julie has attended Shawnee Church of the Nazarene since 1990.  She has served the church in many areas of ministry including Children’s Ministry, Youth Ministry, and Administrative roles.
‍
Julie graduated from Park University with a degree in Computer Information Systems in 1995.  She was a stay-at-home mom with two children for many years.  She worked for SCN as Compassionate Ministry Co-Director in 2010.  Julie worked for Forest Pharmaceuticals from 2010-2014.  In November 2014 she began her current position for SCN as the Office Administrator.
‍
Julie’s husband Glen is an IT director.  Together they have two children – Brooklyn and Braden.  Brooklyn graduated from the University of Kansas and is currently attending KU Medical School, working towards her Doctorate in Audiology.  Braden is attending the University of Kansas, majoring in Sports Journalism.  Glen and Julie enjoy spending time with their family & friends, and especially love to travel!

Elizabeth Rowell was born and raised at SCN, and considers herself fortunate to be a part of a loving extended faith family here.  She holds a Bachelor of Music in Flute Performance from the University of Kansas. Elizabeth has worked in an administrative support role for the church since 2007.

When she’s not busy keeping up with her daughter and son, Elizabeth enjoys volunteering with the PTA, fostering rescue dogs, and serving the children and families of SCN on the Children’s Ministry Leadership Team.  She loves laughing with family, playing board games, warm chocolate chip cookies, travel, and watching TV/movies - all of which are made richer when shared with her husband Jonathan.

Errin Shultz was born and raised in Kansas City, Kansas. She graduated from Turner High School in 1989, and then from Emporia State University in 1993 with a Bachelor’s Degree in Elementary Education. She worked as a Speech & Language Paraprofessional before staying home with her two young children. In 2001, she began working at Adventure Time Preschool as a teacher,  and became the Program Director in May of 2020.She and her husband James began attending Shawnee Church of the Nazarene in 1991. They’ve loved building relationships and raising their children, Courtney and Jimmy, in this community. She has a heart for young children and young families, and loves to be serving young families through the ministry of Adventure Time Preschool.In her spare time, Errin likes to travel, watch sports, and be active herself. She and her husband like to hike, run and bike together. She also loves to spend time with her two grandsons Osiris and Malachite.

Welcome
About Us
Ministries
Messages
Resources
Give
Preschool 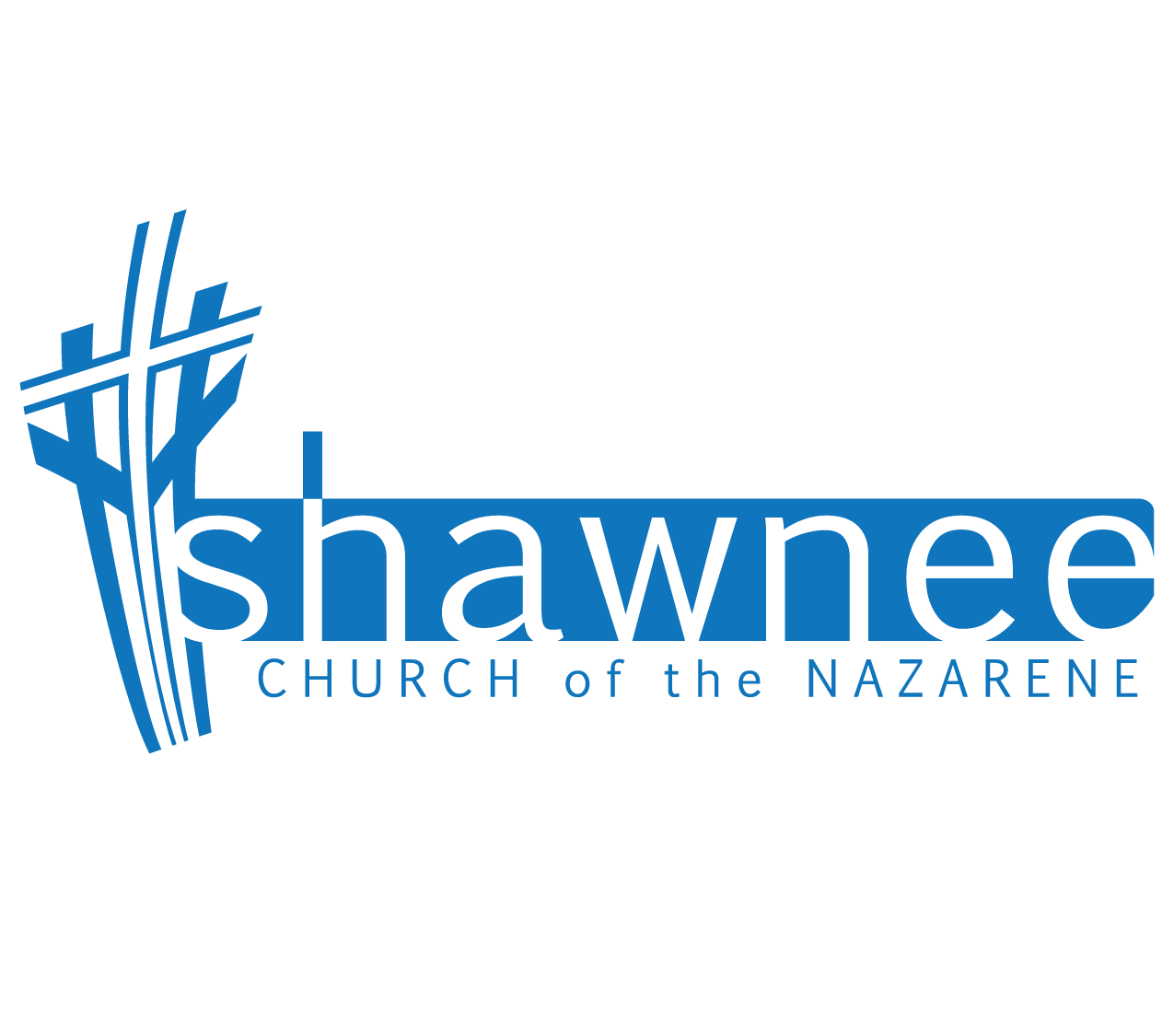